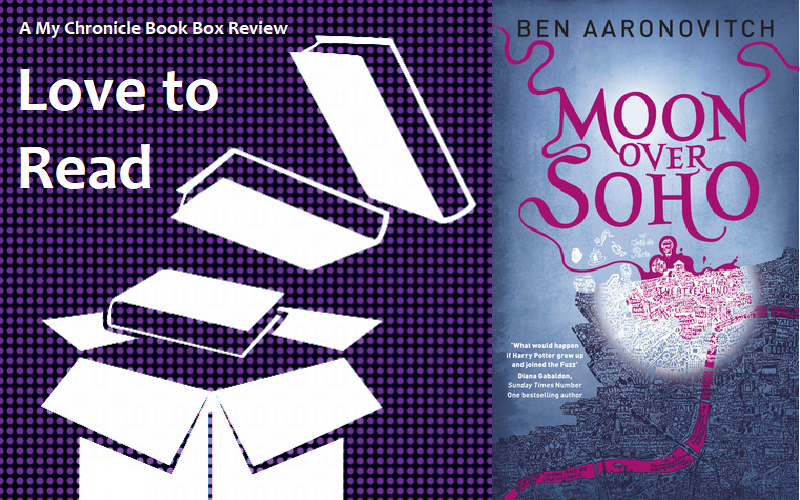 Firstly, note the amazing cover art. The great cover illustrations were one of the first things that attracted me to this series and I particularly like the colours in this one.

Secondly, if you have not already read Rivers of London I would before starting this book. Aaronovitch does try and recap parts of the first book but really you will enjoy it, and understand it, a lot more if you start at the beginning of the series.

In this book we explore the seedier side of magical London with Peter Grant, detective constable and apprentice wizard, and Peter maintains his humour in even the most disturbing circumstances. The first person point of view means we are in the thick of it discovering and learning about magic alongside Peter as we read about his policing investigations and apprenticeship. Peter is often left to investigate alone due to injuries sustained by his boss and master (an arcane term Peter refuses to use) DCI Thomas Nightingale. While this gives Peter a chance to shine it also allows him to make his own mistakes.

We get to learn more about Peter’s family and history in this book which has a strong Jazz theme. We join Peter as he takes on two primary investigations. The first is the suspicious deaths of Jazz musicians whose life force appears to have been drained leaving behind a very specific magical signature. The second is the brutal killing of a journalist in a very unique way (‘vagina dentata’ is the Latin term according to Nightingale) which suggests the potential for magic to be a factor.

Along with the main plot we see the emergence of long term plot development and Grant and Nightingale appear to have gained themselves an arch nemesis by the end of the book in the form of a faceless, unethical and unofficially trained magician.

I will say I was not quite as sure about Peter’s relationship scenes, shall we say? But they didn’t spoil my enjoyment of the book.

Overall a good follow up to the wonderful Rivers of London full of the wry and cheeky sense of humour that Ben Aaronovitch writes so well.

The next in the series is Whispers Underground.

One thought on “Moon Over Soho by Ben Aaronovitch”