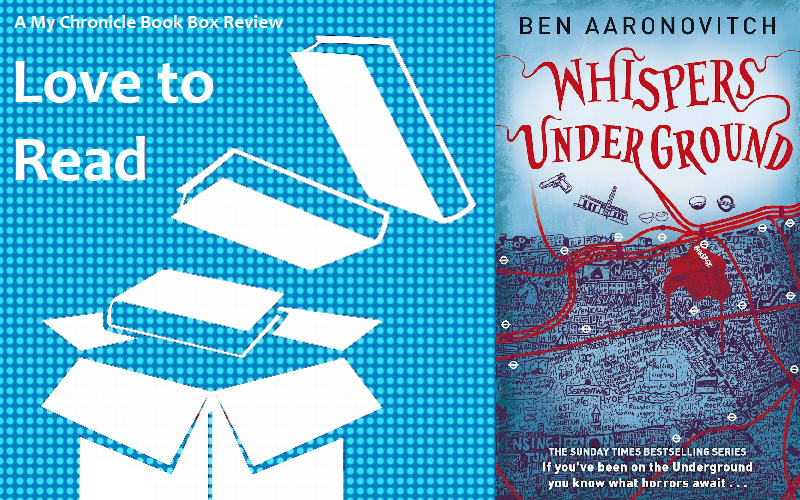 This is the third outing for DCI Thomas Nightingale, Britain’s last wizard, and Peter Grant, Detective Constable and apprentice wizard  by Ben Aaronovitch coming after Rivers of London and Moon over Soho. In this book we see the magical community of London, or rather Grant and Nightingale’s knowledge of it, expand further to include the Underground.

Nightingale has also gained a second apprentice in this book: PC Lesley May, Grant's best friend who was horribly injured as a result of magic in the first book and still recovering.

It begins with the murder of an American Senator’s son at Baker Street tube station a few days before Christmas. Grant is called in by his Metropolitan Police colleagues because the circumstances seem suspicious and he confirms that, if nothing else, the murder weapon has been imbued with magic. We see Grant and May rely much more on old fashioned policing for the investigation that ensues so that it feels that magic, at least in terms of spell casting etc, takes a bit of a back seat in this one.

We also have some great additions to the established cast in the form of a British Transport Police officer with a surprisingly open mind to the uncanny and a feisty, no nonsense, FBI agent who add to the story brilliantly.

In my opinion the main mystery is strong and flows nicely, in this respect it is even better than Moon Over Soho. I loved that it went in a direction I was not expecting, to me this is a sign of a well-crafted mystery plot. As I usually do with a good book I went back and immediately read this book a second time focusing on picking up the subtle clues I missed the first time.

The chapters are the names of Underground stations which is a nice touch and showcases Aaronovitch’s love of London.

Another strong book in this humorous mystery series.