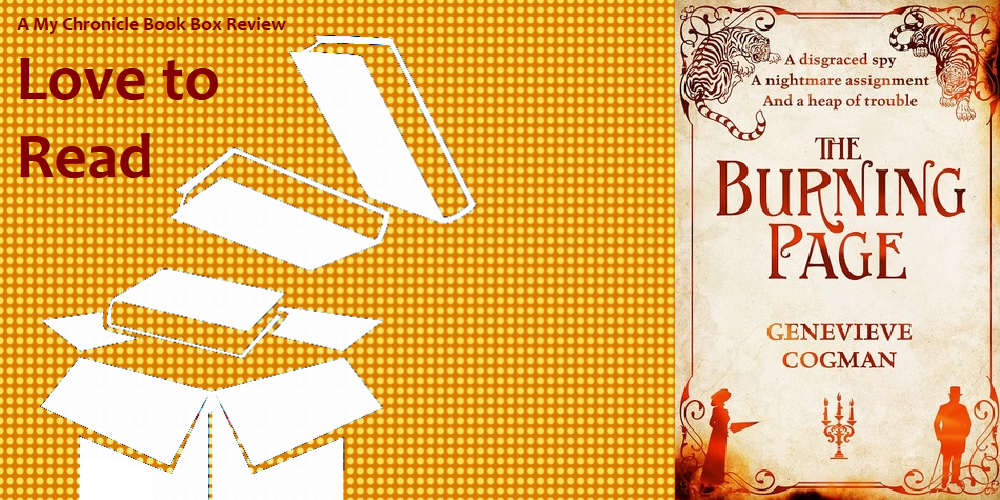 Librarian spy Irene has professional standards to maintain. Standards that absolutely do not include making hasty, unplanned escapes through a burning besieged building. But when the gateway back to your headquarters dramatically malfunctions, one must improvise. And after fleeing a version of Revolutionary France astride a dragon (also known as her assistant, Kai), Irene soon discovers she’s not the only one affected. Gates back to the Library are malfunctioning across a multitude of worlds, creating general havoc. She and Kai are tasked with a mission to St Petersburg’s Winter Palace, to retrieve a book which will help restore order.

However, such plans rarely survive first contact with the enemy – particularly when the enemy is the traitor Alberich. A nightmare figure bent on the Library’s destruction, Alberich gives Irene a tainted ‘join me or die’ job offer. Meanwhile, Irene’s old friend Vale has been damaged by exposure to Chaotic forces and she has no idea how to save him. When another figure from her past appears, begging for help, Irene has to take a good hard look at her priorities. And of course try to save the Library from absolute annihilation.

Saving herself would be a bonus.

This is the third in this fantasy series and builds on the success of the first two novels, the first of which is The Invisible Library.

Irene takes the lead as protagonist, a capable, intelligent, field Librarian with a wry sense of humour. She is currently Librarian in Residence in a Victoriana style alternate London complete with a great detective resident at 221b Baker Street, Peregrine Vale with whom Irene is of course good friends. She is also supported by trainee Librarian Kai who also happens to be a dragon prince and of whose true nature and power we get to see more of in this novel.

Irene, Kai and Vale make a formidable trio however, the stakes are even higher in this novel with the very Library itself under threat of destruction from the insane, power hungry, traitor Alberich. And this is no ordinary library, it is the ultimate library, which sits outside of time and space and is connected to alternate worlds through the possession of unique books from these worlds. As a result of her previous encounters with Alberich it falls to Irene to try and save the Library and her friends and throw herself into danger against Kai and Vale’s wishes.

Genevieve Cogman has created a wondrous fantasy universe for her characters with alternate worlds varying on the spectrum from order to chaos with consequently different characteristics. Dragons in this universe are creatures of order and the Fae are creatures of chaos with the Library acting as a neutral balance between the two and humans considered minor players by the dragons and Fae. The tensions between these opposing forces are part of what makes these books so successful in my opinion.

This is a gripping, fast paced, page turner of a book which I could not put down. The urgency Cogman conveys through her writing is palpable and even the heroically unflappable Irene seems to be close to panicking as she tries desperately to prioritise and save everyone in time.

I loved this, a great, fun read - highly recommended!

3 thoughts on “The Burning Page by Genevieve Cogman”