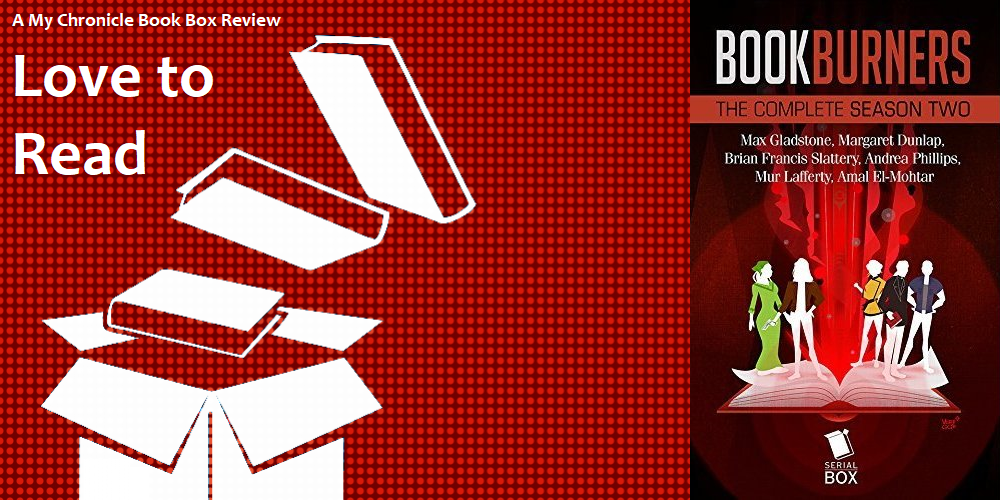 Magic is real, and hungry. It’s trapped in ancient texts and artifacts, and only a few who discover it survive to fight back. Detective Sal Brooks is a survivor. She joins a Vatican-backed black-ops anti-magic squad—Team Three of the Societas Librorum Occultorum—and together they stand between humanity and the magical apocalypse. Some call them the Bookburners. They don’t like the label.

Supernatural meets The Da Vinci Code in a fast-paced, kickass character driven novel chock-full of magic, mystery, and mayhem, written collaboratively by a team of some of the best writers working in fantasy.

Originally presented serially in 16 episodes, this omnibus collects all installments of Bookburners Season One into one edition.

Magic is real, and hungry–trapped in ancient texts and artifacts. Only a few who discover it survive to fight back.

Join Detective Sal Brooks, newest recruit to a black-ops magic hunting team backed by the Vatican, as she travels the world to keep the supernatural in check. Just remember: watch your back and don’t touch anything.

In preparation for the release of season three of the Bookburners serial, serailbox.com offered all 16 episodes of Season One for a minuscule £1.99 and I snapped it up. An absolute steal for what amounts to about 800 pages of text! This serial was first brought to my attention a while ago by Mogsy @ Bibliosanctum, thank you Mogsy!

The premise is like that of a television series in that Bookburners was originally released an episode per week for 16 weeks. By episode, I mean in effect a short story that takes in the region of 45 minutes to read. All the episodes are related and yet self-contained exactly like a TV series. Having purchased all of Season One together I did the equivalent of binge watching a box set and loved it. Then I did the same for season two (another thirteen episodes with two additional writers: Andrea Phillips and Amal El-Mohtar). You can see why I haven’t been blogging recently, can’t you?

Importantly, I am pleased to report that the Bookburners are not, in spite of the name, destroyers of books. They are in fact a team of skilled individuals who work for a secret society that is part of the Vatican hierarchy tasked with protecting the world from the uncontrolled influx of destructive magic. The most common route for magic and magical creatures to gain access to our world appears to be through books and the Bookburners seek out these dangerous books, along with occasional other artefacts, for safe keeping (not burning!) within the Vatican’s archives. The archives also have a dedicated archivist and librarian who works alongside the Bookburners and is intensely curious about magic.

The first episode begins with the exposure of New York Police Detective Sally Brooks to the existence of magic and demons and her recruitment on to Team Three nicknamed the Bookburners. From there we have a series of episodes exploring different ideas, with different themes and different focuses.

I have never read anything with such an episodic nature before but it worked well, hence I went straight on to season two. My only criticism is that I don’t think you get quite the same depth or continuity with this style that you do with a novel. Having indulged so much in these two seasons I feel I can resist the temptation of purchasing season three on a weekly basis as it is being released. While I would enjoy reading along with others this is a much more expensive way of purchasing the series so I shall do my best to wait for the whole season to be released in due course.

You have action, adventure, magic and books here, a winning combination in my opinion. Definitely worth reading.  The illustrations for each episode are great too, see a selection below: 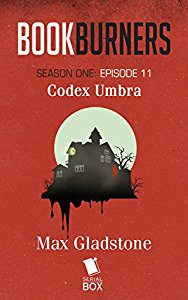 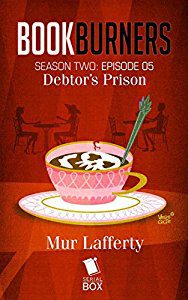 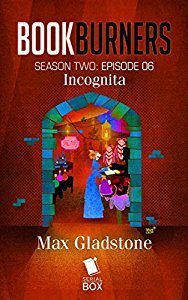 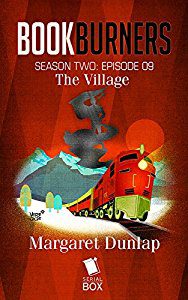 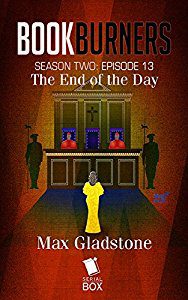 One thought on “Bookburners by Max Gladstone”