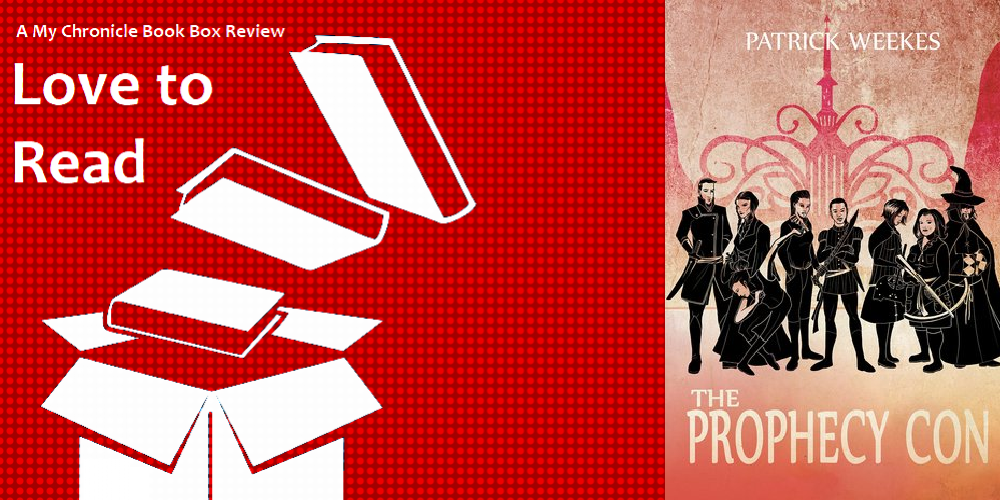 Who would have thought a book of naughty poems by elves could mean the difference between war and peace? But if stealing the precious volume will keep the Republic and the Empire from tearing out each other’s throats, rogue soldier Isafesira de Lochenville—“Loch” to friends and foes alike—is willing to do the dishonest honors. With her motley crew of magic-makers, law-breakers, and a talking warhammer, she’ll match wits and weapons with dutiful dwarves, mercenary knights, golems, daemons, an arrogant elf, and a sorcerous princess.

But getting their hands on the prize—while keeping their heads attached to their necks—means Loch and company must battle their way from a booby-trapped museum to a monster-infested library, and from a temple full of furious monks to a speeding train besieged by assassins. And for what? Are a few pages of bawdy verse worth waging war over? Or does something far more sinister lurk between the lines?

This is the second book in the series and it is on a much grander scale and there is much more at stake this time. The Republic and the Empire are threatening to go to war (again) after Heaven’s Spire, the Republic’s floating city from which the leaders rule, was shown be capable of being a weapon of mass destruction in the first book The Palace Job.

While the politician’s play their complicated games Justicar Pyvic, Loch and her team of unusually skilled misfits find themselves on the ground, so to speak, and practically placed to try and actually prevent the war from erupting in their unique and unlikely fashion.

This second book introduces more breadth and depth to Weekes’ fantasy world both culturally and geographically. We learn more about the Empire, the Ancients, golems and daemons, among others, and are introduced to the Elves and Dwarves.

I am not going into the detail of the storyline here because it is quite complicated and I think it would spoil the discovery of it as the book unfolds. Suffice to say there are lots of characters with lots of motivations and considerably more sides than simply the Empire and the Republic. All this could have resulted in the book being fragmented, chaotic and confusing but it was not. Weekes draws us through the chaos with plenty of action and giving just enough information to keep you guessing, then brings it all together at the end and resolves it wonderfully. It was excellently paced, just as the first book was, and again the dialogue was a highlight in my opinion.

I love that this book shows the aftermath of the first book and the impact of on the characters. The world is still feeling the repercussions of the actions of the traitor from book one and several of Loch’s team are struggling to find their place in the world now that their destinies appear to have been completed. We also get to see the burgeoning of the romantic relationships that were begun in The Palace Job (with one notable exception – poor Ulelenia). I reiterate from my first review that this is a brilliant group of unique characters and despite a larger-than-usual cast, I cared about them all.

Patrick Weekes has treated us to some excellent bad guys here and given us a study on the perception of enemies and sides and how enemies can become allies when you have a common goal or common threat.

So you can probably tell I really rated this book and I could have gone on a lot longer talking about the delicious complexities of this book, I will, however, conclude by saying that Patrick Weekes has written a brave ending too. I won’t give it away but I am glad that I was able to read on to book 3 immediately, I don’t think I could have borne it if I had had to wonder if there would be a book 3 and wait for its publication.

A very strong second novel in my opinion, highly recommended.

2 thoughts on “The Prophecy Con by Patrick Weekes”