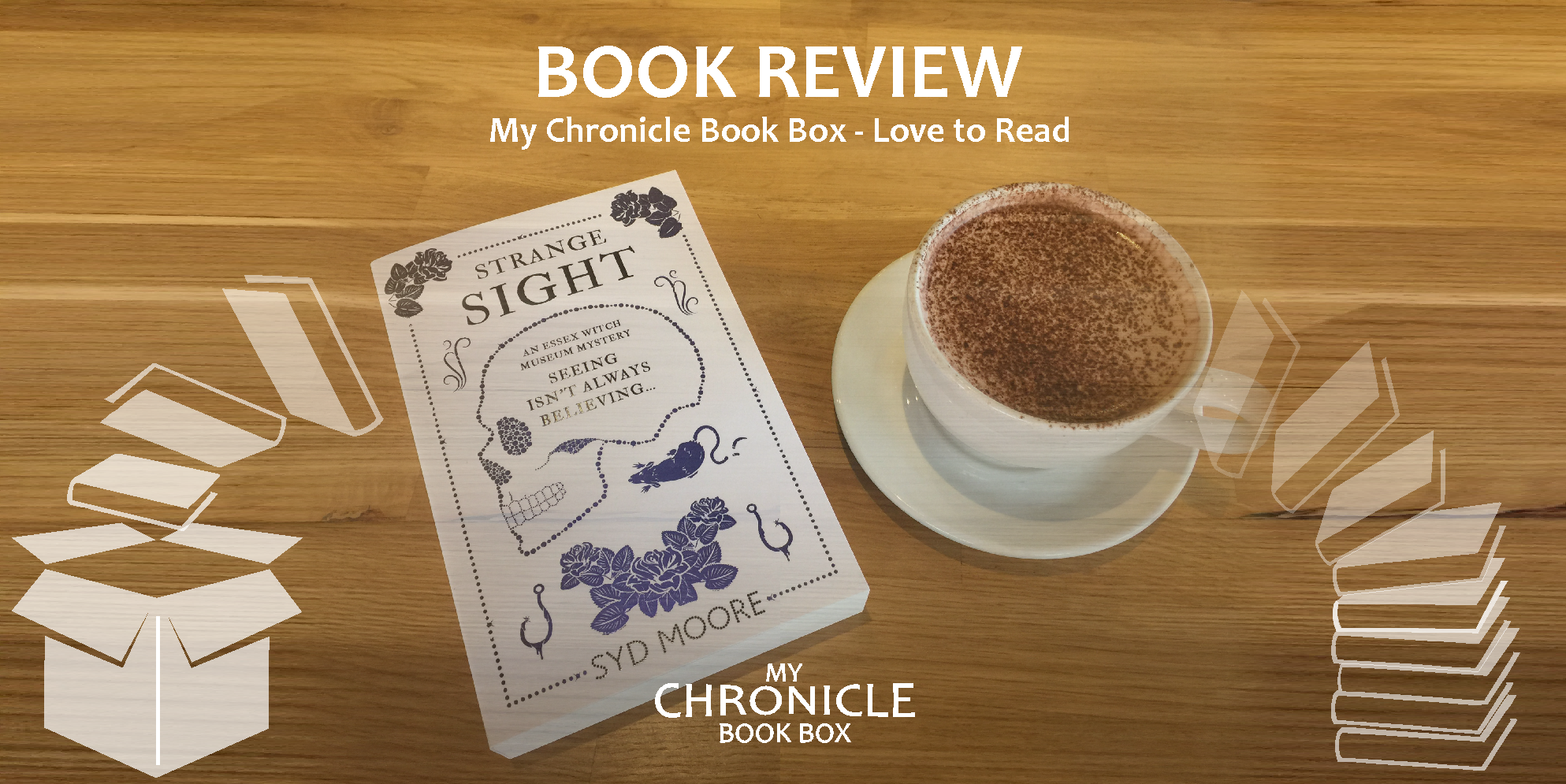 The La Fleur restaurant has a slew of unusual phenomena. Bonnet-clad apparitions pass through walls, blood leaks from ceilings and rats besiege the dining room. Experts from the Great Essex Witch Museum are called in to quell these strange sights. But before Rosie Strange and Sam Stone can do their thing events turn darker. For La Fleur’s chef has been strung up and slaughtered like a pig. More oddly, the only witness, the owner’s daughter Mary, swears blind a ghost did it.

Rosie and Sam must find out what’s happening before Mary takes the fall. But intuitions and tip-offs lead them stumbling into the dark waters of the past, exposing secrets of a wider conspiracy, as well as secrets all Rosie’s own. With strange chills Rosie and Sam learn that seeing isn’t always believing, while thoughts of truth may be just as illusory.

This book was included in the November 2017 Science Fiction and Fantasy and Crime and Mystery My Chronicle Book Boxes.

This is the second Essex Witch Museum Mystery taking place immediately following the events of Strange Magic however it stands alone well and can be read and enjoyed without having read the first book.

Rosie Strange has inherited the Essex Witch Museum from her estranged grandfather and the impact on her life has been much greater than she expected. She is a benefit fraud investigator by day but as a result of this new connection she has begun investigating supernatural phenomenon as a sideline.  In this book Rosie and the museum’s handsome curator Sam, have been asked to look into ghost sightings reported at La Fleur an upscale restaurant in the City of London. Practical Rosie is happy to take on the investigation for a fee, and fully intends to find out the mundane, scientific explanation behind the reports.

The case immediately takes an unexpected turn when Rosie and curator Sam arrive to meet the restaurant owner and manager to discover it is the scene of a gruesome murder. Not ones to be defeated, Rosie and Sam continue to investigate the ghostly aspect of the case while the police investigate the murder.

This book is a wonderful mixture of the supernatural and scepticism. Rosie is determined to find the scientific facts even when her own supernatural powers are becoming more apparent to everyone except herself. I love Rosie’s self denial but she is discovering more about herself and her fraternal grandparents and I feel an epiphany is coming soon!

I’m really looking forward to the last book in the trilogy, Strange Fascination. What’s next for Rosie and Sam’s relationship? And will Rosie accept that she has unusual gifts?