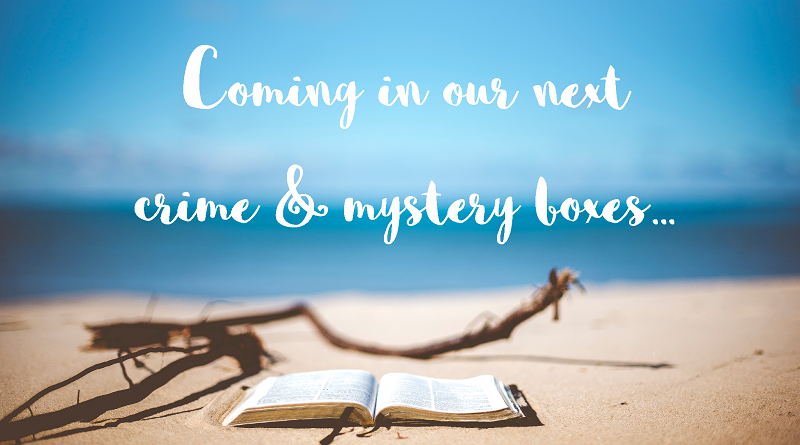 Read on to learn more about what is coming in our next crime & mystery themed book subscription box. Part of the fun of our subscription is that subscribers do not know exactly what will be contained in their sapphire blue box until it lands on their doorstep and they unpack and unwrap the contents.

Yet on the other hand, I get so excited about the great books we are going to include and many of you would like an idea of what is coming up so I’m going to give you some clues to all 3 fab books that will be in our August 2019 book subscription box.

All of these books are signed, first editions and the authors have kindly given us interviews too!

As this box will be going out in the middle of summer (at least for those of us in the northern hemisphere) it has had me thinking about holidays and locations which has somewhat inspired my book choices for this box. 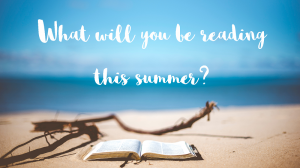 The first book I want to tell you about is wrapped in pale blue paper reminiscent of a clear Californian sky under which this novel is set. The intensity of the heat in the Californian summer adds to the tension in this fast paced thriller in which three seemingly unconnected people have been kidnapped. This is the first in a new series featuring an enigmatic private investigator by an internationally bestselling American author and is perfect for fans of Harlan Coben and Lee Child. I am thrilled that we managed to catch this author while he was in the UK and he signed our copies! 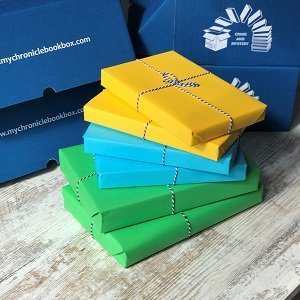 The next book I have wrapped in red craft paper which ties in with the lettering on the cover. The setting could not be more different from the first book as it is set in the UK city of Stoke-on-Trent. It is fantastic example of a British police procedural with a bold killer on the loose and a determined female Detective Sergeant leading the investigating team. With few clues and nothing to connect the victims the police have their work cut out and you can really feel the pressure building to track them down before there is another death. Martina Cole describes this as “A terrific read!” and I have to agree. 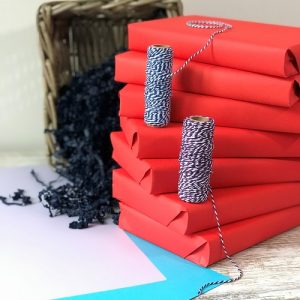 The third book completing the set of 3 books, could be set in any middle class suburban street and is set to disturb anyone who has neighbours! This book will be published later this month and I have no doubt will become a best seller. It’s written from multiple points of view so that we see into the heart of multiple households in this seemingly idyllic neigbourhood. It is a clever and twisty novel with plenty of scandal, it’s a bit different to anything else I have read recently and really blew me away.

Can you deduce the books in question? Happy mystery solving!

Secure yours with a subscription or with our gift options.

Hi, I’m Louise the founder of My Chronicle Book Box and I hope you have enjoyed reading my blog post.