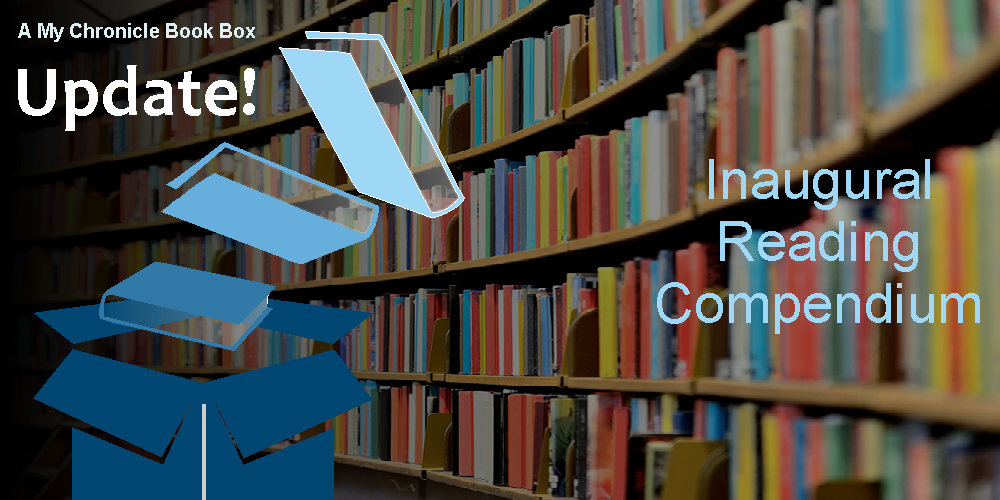 Firstly, I want to wish you all good health and happiness in 2017!

It has occurred to me that I read more books than I am able to review and that it would be nice to produce a compendium of all the books I read as they all deserve a mention.

I am a sufferer of book hangovers and once I am drawn into an author’s world and engaged by their characters I often have difficulty stopping at reading just one book or switching immediately to another unrelated book. I am also monogamous in my reading and do not read more than one book at a time. I find, therefore, that I often read several books in a series in sequence. This was the case with the Tuppenny Hat Detective which I reviewed in November; I went on to read the other two books currently in this series immediately afterwards - Dance Floor Drowning and Mother Goose Murders:

These are murder mysteries set in Sheffield, South Yorkshire from the point of view of amateur detective and school boy Billy Perks. While I did not write full reviews of these books all the strengths of the first book were in evidence and I enjoyed them both greatly. If you have also read and enjoyed the Tuppeny Hat Detective please do read on in the series.

I also read and reviewed The Burning Page by Genevieve Cogman which I had been anticipating all year, since the release of her last novel The Masked City and was not disappointed by this the third novel in the series.

My final read in December was In the Market for Murder by T E Kinsey a cosy murder mystery set in the Edwardian period which I received as an ARC that I enjoyed and have just reviewed.

To finish a look to future anticipated publications: There is a dual pleasure / pain aspect for me to discovering a new author who has only released their debut novel and having to wait for the next book to be released. Most notable in recent times were The Invisible Library by Genevieve Cogman and A Discovery of Witches by Deborah Harkness. Presently I am awaiting the sequel to Written in Dead Wax by Andrew Cartmel, The Run-Out Groove, which is due to be published in May 2017: